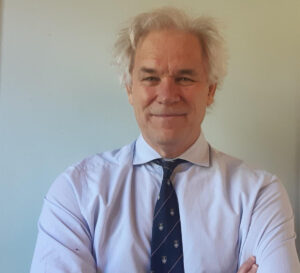 We are honoured that Professor Mark Solms has agreed to give the opening talk, to which the audience and a distinguished panel will respond.

The topic:
Neuropsychoanalysis is an inter-discipline that integrates psychoanalytic and neuroscientific perspectives upon the mind. In this webinar Mark Solms will summarize some insights into psychosis that have arisen from this integrative effort. He will focus mainly on the role of the mesocortical/mesolimbic dopamine system, which is closer in its functional role to Freud’s ‘libidinal drive’ than is any other brain system. He will speak, in particular, about the role of this system in meaning-making, mania, omnipotence, and manic-depressive psychosis.

Professor Mark Solms is a member of the British Psychoanalytical Society and the American and South African Psychoanalytical Associations. He is Director of Neuropsychology at the Neuroscience Institute of the University of Cape Town. He is Honorary Fellow of the American College of Psychiatrists and Honorary Lecturer in Neurosurgery at St Bartholomew’s & Royal London School of Medicine. He has received numerous honours and awards, including the Sigourney Prize. He has published 350 scientific papers, and eight books, the latest being The Hidden Spring. He is the authorized editor and translator of the forthcoming Revised Standard Edition of the Complete Psychological Works of Sigmund Freud (24 vols) and Complete Neuroscientific Works of Sigmund Freud (4 vols).

The discussion will also involve the registrants.

Julie Kipp, President of ISPS, will open the webinar.

The fee for participating in this webinar is US$30.

Participants will be provided beforehand with a written introduction to neuropsychoanalysis and will have access to the recording of the webinar for up to 14 days afterwards.